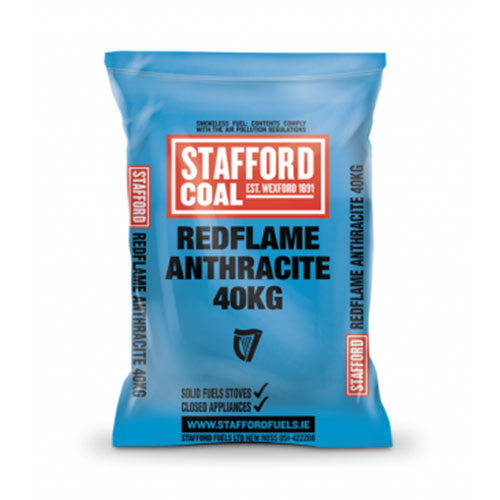 Anthracite is the oldest form of coal, in the sense that it has been in the ground the longest. It is also the hardest and most brittle and has the highest carbon content and fewest impurities of any kind of coal. Anthracite looks very different to other kinds of coal, as it semi-metallic and has a slightly brown reflection, making it appear similar to mineraloid jet. From a chemical point of view, it can be viewed as something half way between regular bituminous coal and graphite. This explains why it is such a pure form of coal.

The major advantages of using anthracite to fuel your home fire are that it is slow burning, and so gives out an even heat that lasts, and it gives off very little smoke because it is such a pure form of carbon. On the other hand, however, it can be a little tricky to light exactly for these reasons. That said, it is a highly efficient fuel so investing in it to use at home is worth the expense. It is also a very versatile fuel as it comes in a variety of sizes and can therefore be used in a range of appliances including open fires as well as closed appliances such as multi-fuel stoves, room heaters and boilers.

Feel free to call us or send email